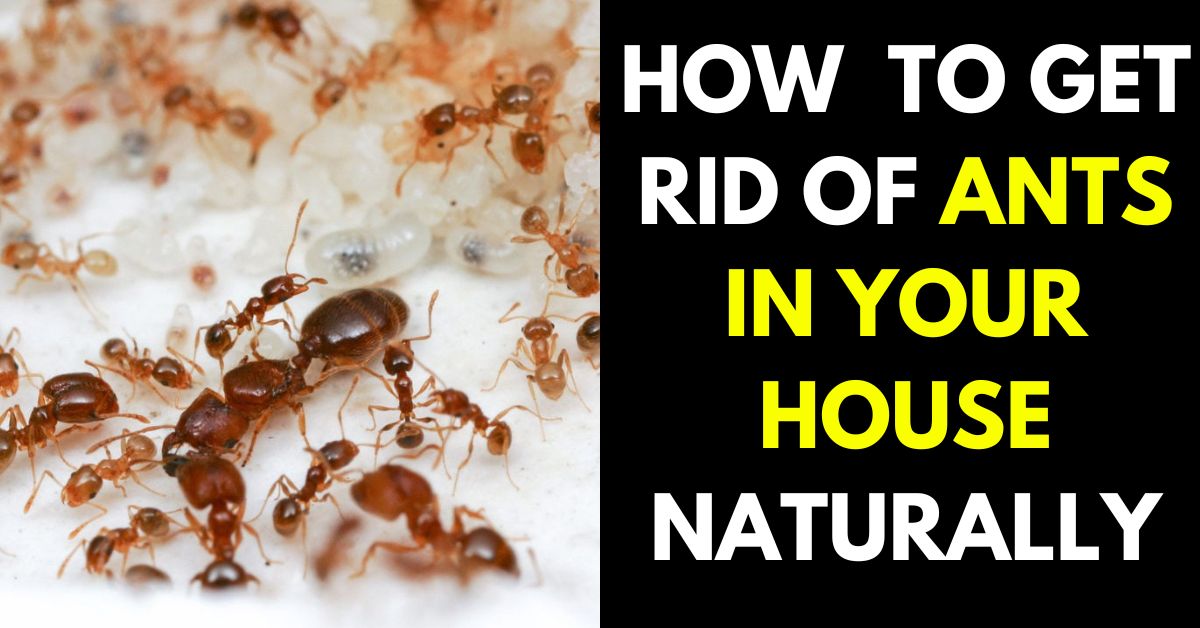 Ants are one of the most common insects that live in the house. They are small and have a black or reddish bodies.

Ants are attracted to sweet foods, so ants will also follow their favorite food sources, such as sugar syrup or honey.

If an ant infestation becomes too large, it can lead to a major problem for homeowners because ants can be extremely difficult to get rid of. In fact, ants can make homes unbearable for people who live there.

Luckily several natural ways can help get rid of ants and prevent them from future home invasions.

The first step to getting rid of ants is to eliminate their entrances. Ants often nest inside cracks and crevices in walls or under floorboards.

If you suspect an ant infestation in your home, check for any cracks or holes in your houseplants that may lead outside. This can be a clue that an ant colony may be nesting somewhere nearby.

Cut off sources of food

Ants feed on sweets like sugar and honey, so if you want to get rid of ants completely, make sure there isn’t any food left out for them to find.

If you see ants near sweet treats like candy or cake, replace them with something else (like peanut butter) before putting anything back out for them to snack on. You should also wipe down all spills immediately after cooking so no food remains behind.

Borax is an effective way to eliminate any type of ant infestation because it kills insects by dehydrating them and then absorbing the moisture from their bodies. Borax can also be used to deter roaches and other pests from entering an area where you want to keep them out.

Use borax as bait for ants by mixing it with sugar, water, or honey until it looks like a paste (about 1 tablespoon per cup of food).

Place this bait where you have seen ants or where you suspect they may be coming into your home especially near walls and corners so that when they come across it they will eat it up quickly.

Lemons are a natural ant deterrent because they contain citral, which is an extract found in lemons and limes that have been shown to repel ants. You can make your own lemon solution by mixing one cup of water with half a teaspoon of lemon essential oil.

Pour this solution around your home and leave it for three days. After that, wipe the solution off with a wet cloth and rinse it down with water to remove any residue left behind.

Peppermint oil is another natural ant deterrent that works well against different types of ants. You can make your own peppermint oil solution by adding 1 teaspoon of peppermint oil to 1/2 cup of water.

Use this solution as you would a spray bottle, applying it around the perimeter of your home once every week for three weeks until you see no more ants around your home.

If you have a lot of ant activity around your windows or dishwasher, put some glass cleaner and liquid detergent in a spray bottle and spray it around all the ant areas and inside the dishwasher. This should help get rid of the ants that are nesting inside your home.

A great way to keep ants away is by making it hard for them to nest inside your home. White vinegar is an effective repellent because it has a sharp smell that ants dislike. Pour some white near areas where ants like to hang out.

You can also mix one part white vinegar with four parts water in a spray bottle and use this solution to spray down cracks and crevices where ants like to live.

Cornstarch is a great organic pest control powder that can be sprinkled around the base of the home, under furniture, and inside walls to help keep ants away.

It’s also a great way to draw ants out from their nest so you can get them into a jar for removal. Just sprinkle the cornstarch around the base of your home and watch them come running.

Just mix together one tablespoon of cinnamon leaf oil with one tablespoon of orange juice and shake well before applying it around windowsills and doorways where you have seen ants crawling out from their nests.

A cupful of coffee grounds sprinkled under sinks or along walls can also repel ants from entering your home by giving off an unpleasant smell that discourages them from entering in the first place.